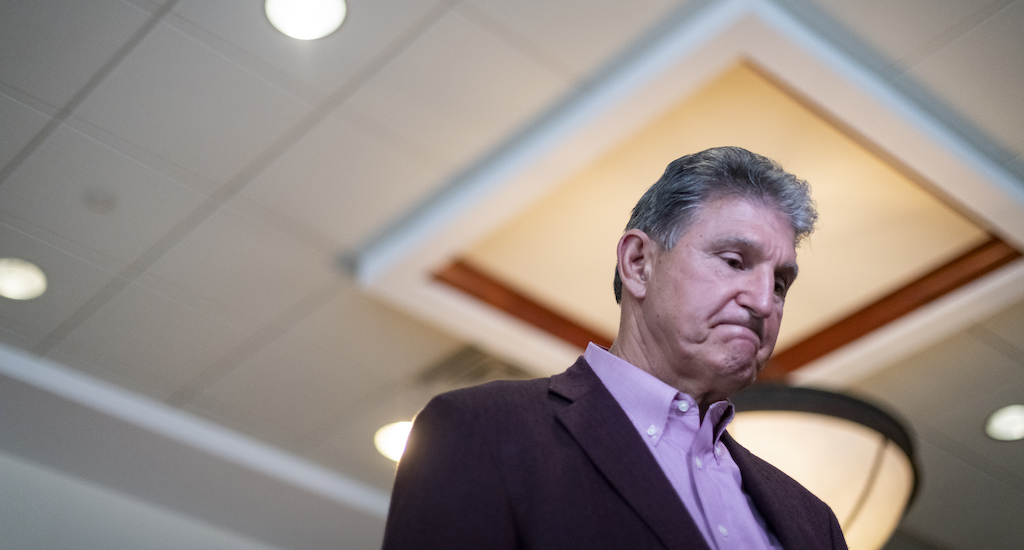 So why are you blowing it up, Joe? Is it because you own stock valued at between $1 million and $5 million in Enersystems, a coal brokerage firm you founded in 1988? Last year you made half a million dollars in Enersystems dividends (roughly three times the $174,000 salary you made last year as a senator). Is it because you collect more campaign money from coal, oil, and gas companies than any other senator? (In June, Exxon lobbyist Keith McCoy told the Greenpeace investigative unit that Manchin participated in weekly meetings with company operatives.) Say it ain’t so, Joe — but how do you spell “corruption?”

Source: Who Pays for the Manchin? | The Smirking Chimp