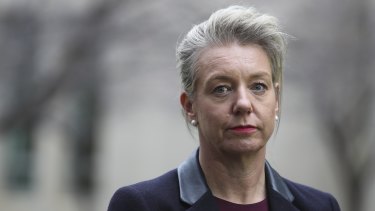 198 View all comments Advertisement Nationals cabinet minister Bridget McKenzie has taken a swipe at her Liberal colleagues, including Treasurer Josh Frydenberg, labelling their support for a carbon neutral economy by 2050 the “worst kind of vacuousness over values”. The Victorian senator, who holds several regional-based policy portfolios, says too many federal MPs were worried about being “cool” rather than “the consequences of their decisions”.