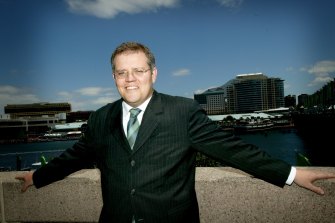 Morrison for trying to steal the limelight, including by issuing press releases without approval from her office. “There was a clash of personalities from the start,” one Howard government staffer says, adding that Morrison “just had a strong self-belief in what he was doing, and he wasn’t going to let the minister stop him”.

Source: How Scott Morrison was sacked from Tourism Australia