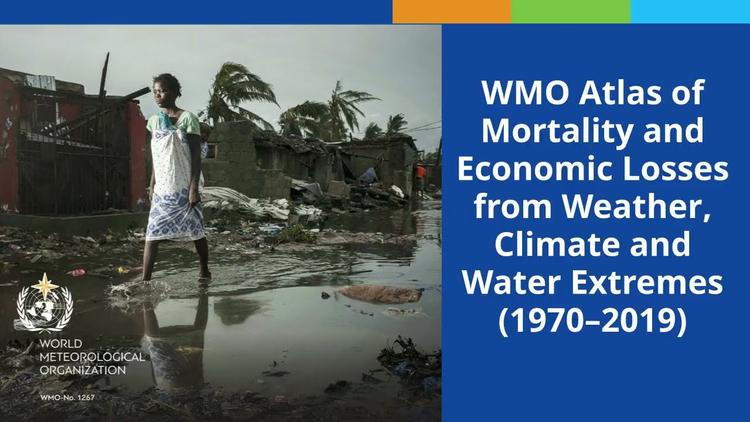 The World Meteorological Organization and the United Nations Office for Disaster Risk Reduction have issued a report finding that in the past 50 years, 11,000 droughts, storms, extreme temperature and other extreme weather events have accounted for 50 percent of all disasters and three-fourths of known economic losses, totaling $3.64 trillion. They killed over two million people. Scientists have found that the climate emergency from our burning coal, gasoline and natural gas has intensified droughts, superstorms, and heat waves and made droughts and heat waves more frequent. Droughts and hurricanes/ cyclones were the biggest killers, accounting for 650k and 577k deaths respectively. Most of these disasters, which aren’t natural any more given how much stronger human burning of fossil fuels has made them, have increased exponentially in their cost. In the 1970s, each such disaster used to cost about $50 million each day of the year. Today, the typical cost is $383 mn. per day.