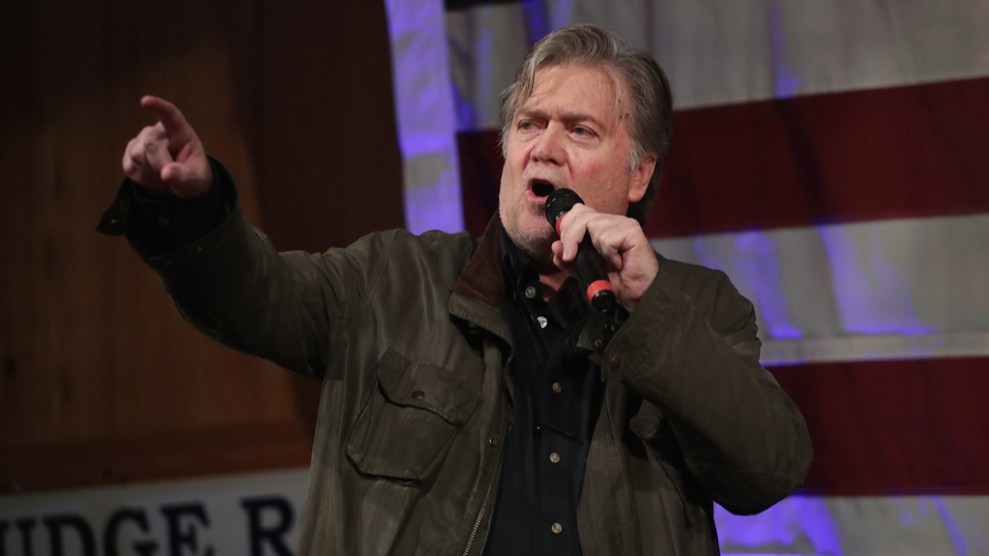 One of the loudest voices urging Donald Trump’s supporters to push for overturning the presidential election results was Steve Bannon. “We’re on the point of attack,” Bannon, a former Trump adviser and far-right nationalist, pledged on his popular podcast on Jan. 5. “All hell will break loose tomorrow.” The next morning, as thousands massed on the National Mall for a rally that turned into an attack on the Capitol, Bannon fired up his listeners: “It’s them against us. Who can impose their will on the other side?” When the insurrection failed, Bannon continued his campaign for his former boss by other means. On his “War Room” podcast, which has tens of millions of downloads, Bannon said President Trump lost because the Republican Party sold him out. “This is your call to action,” Bannon said in February, a few weeks after Trump had pardoned him of federal fraud charges. The solution, Bannon announced, was to seize control of the GOP from the bottom up. Listeners should flood into the lowest rung of the party structure: the precincts. “It’s going to be a fight, but this is a fight that must be won, we don’t have an option,” Bannon said on his show in May. “We’re going to take this