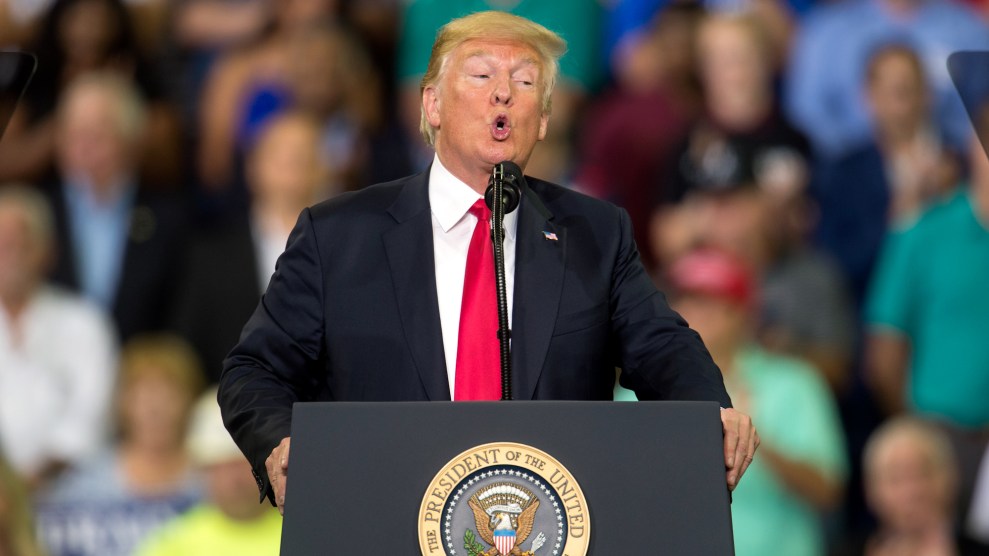 As uncertainty consumes Afghanistan, Donald Trump is blaming Joe Biden for doing what Trump said he did. “He ran out of Afghanistan instead of following the plan our Administration left for him,” the former president wrote in a statement Saturday. Then, barely 25 hours later, another statement from Trump: “Never would have happened if I were President!” While we’ll never know exactly what a Trump administration-led withdrawal from Afghanistan will look like, we can make some educated guesses based on his words from barely a month ago. “I started the process, all the troops are coming home,” he told supporters at a rally in Wellington, Ohio in late June. “What are we going to say? We’ll stay for another 21 years, then we’ll stay for another 50. The whole thing is ridiculous.” And few months before that, in April of this year, Trump was clear about where he stood: “We can and should get out earlier…Getting out of Afghanistan is a wonderful and positive thing to do. I planned to withdraw on May 1st.” Trump’s former National Security Advisor even agrees, saying the former president “would’ve done essentially the same thing” as Biden. So let me get this straight, the only president t