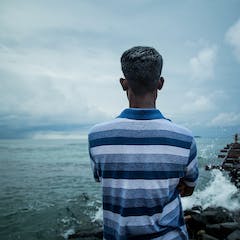 When Australia previously sent asylum seekers offshore, under the Howard government, the majority of people processed offshore and found to be refugees were settled in Australia. This fact did not prompt an increase in boat arrivals. More recently, there was no spike in boat arrivals when Australia announced that people offshore would be eligible for resettlement in the United States, or when almost everyone was moved back to Australia. We have just over a thousand asylum seekers here in Australia, and a small number offshore, who have been put through significant trauma in a failed attempt to send a harsh deterrence message to others who might consider trying to reach Australia by boat. They have been waiting years for a solution, when a simple one is available right now. All should be permitted to settle permanently in Australia or another appropriate country, provided that alternative is voluntary. Serious consideration should be given to what reparation and rehabilitation Australia may owe the victims of offshore processing. This deeply flawed policy must not be permitted to reach its ten-year mark.