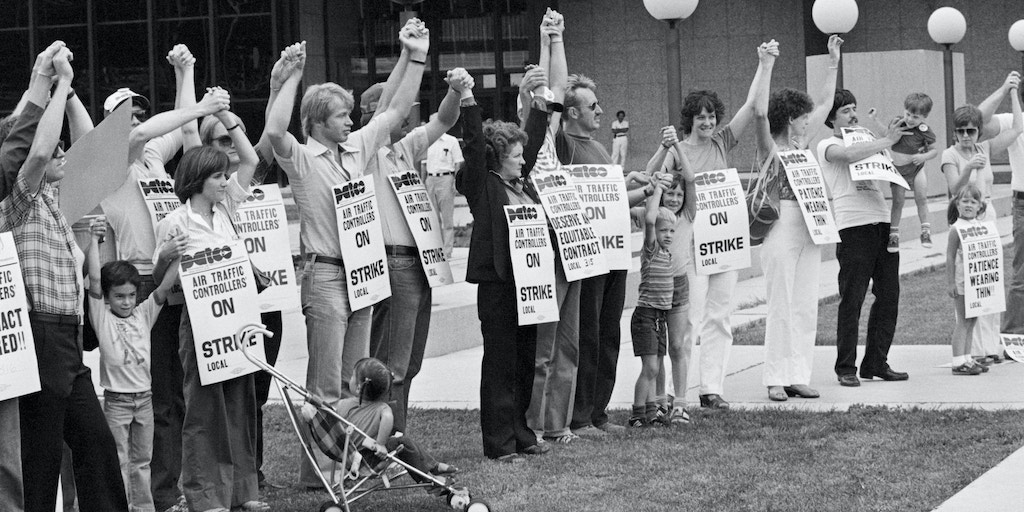 Forty years ago, on August 5, 1981, President Ronald Reagan fired 11,345 striking air traffic controllers and barred them from ever working again for the federal government. By October of that year, the Professional Air Traffic Controllers Organization, or PATCO, the union that had called the strike, had been decertified and lay in ruins. The careers of most of the individual strikers were similarly dead: While Bill Clinton lifted Reagan’s ban on strikers in 1993, fewer than 10 percent were ever rehired by the Federal Aviation Administration.

Source: The Murder of the Middle Class Began 40 Years Ago This Week