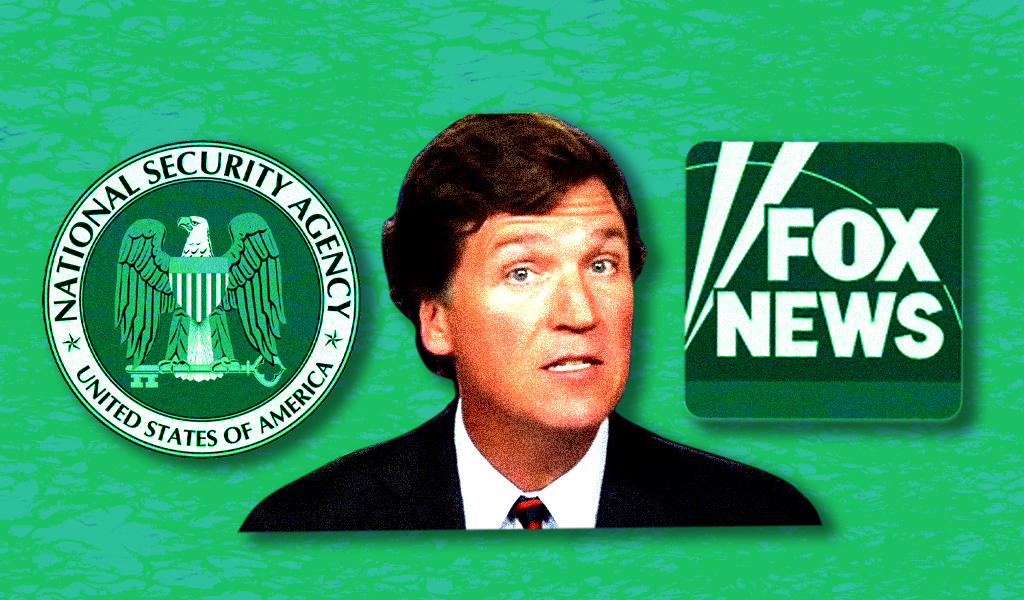 Carlson’s colleagues and bosses don’t seem to buy his NSA claims. No other Fox News or Fox Business program had mentioned his allegations since he first offered them last Monday, even as Carlson returned to the topic the following three nights. That is significant because Carlson is the face of the network and his program’s “reporting” often becomes grist for shows up and down the Fox lineup. Meanwhile, reporters asking Fox to comment on Carlson’s claims have come up empty. That silence is particularly extraordinary given that Carlson is alleging that the Biden administration is illegally targeting the network’s employee in order to destroy its 8 p.m. broadcast. If the Fox brass believed that was happening, they’d presumably shout it from the rooftops.