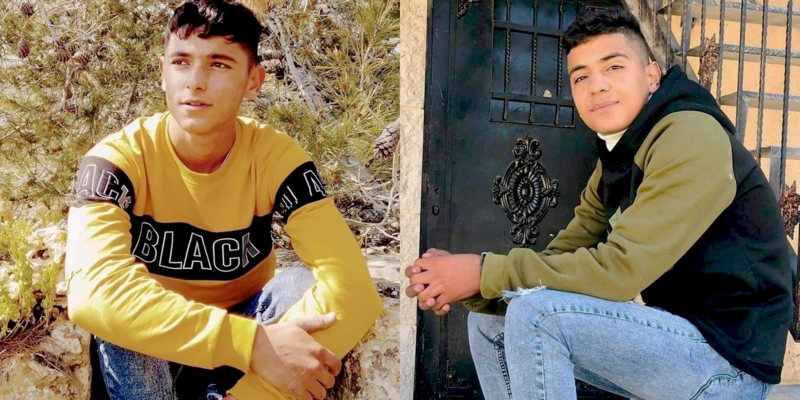 Israeli occupation forces killed the fourth Palestinian from the occupied West Bank village of Beita since May as settlers steal nearby Palestinian land. Israeli forces shot 15-year-old Ahmad Zahi Ibrahim Bani-Shamsa with a live bullet to the head on Wednesday afternoon during ongoing confrontations with villagers protesting the Israeli theft of nearby land. Bani-Shamsa and his 16-year-old friend Mahmoud had gone to a hilltop on the outskirts of the village to set some tires on fire, according to a field investigation by Defense for Children International Palestine. Israeli forces were deployed some 300 meters away. The boys approached an Israeli soldier and started chanting on a megaphone about their friend Muhammad Said Hamayel, a 16-year-old boy killed by an Israeli bullet to the chest last week. A soldier then fired a single live bullet, causing the boys to flee for cover. The boys returned to the area shortly after. The same soldier “assumed a kneeling sniping position” and fired approximately 10 bullets at the boys, DCIP said. Bani-Shamsa fell to the ground as a bullet entered one side of his head and exited the other.