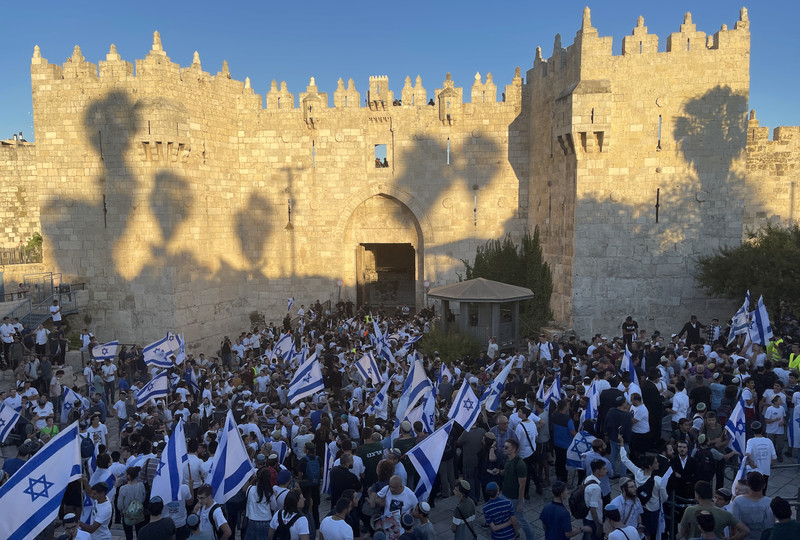 Thousands of Israeli Jewish nationalists marched through Jerusalem chanting racist and genocidal slogans against Palestinians on Tuesday. This was part of an annual “March of the Flags” by far-right Israeli Jews to celebrate Israel’s occupation and colonization of East Jerusalem. Like in previous years, the mob waving Israeli flags spewed racist and genocidal slogans against Palestinians and denigrated the Prophet Muhammad.