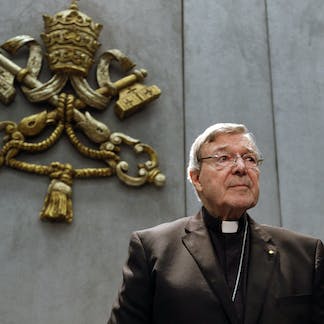 Email Twitter1 Facebook LinkedIn Print In February, Australian media companies pleaded guilty to contempt of court over their reporting of Cardinal George Pell’s conviction on sexual abuse charges. On Friday, the Victorian Supreme Court handed out more than A$1 million in fines against 12 media organisations. The most heavily hit were the The Age ($450,000) and news.com.au ($400,000). Other high-profile programs, such as the Today Show also copped fines ($30,000). These heavy fines were meted out despite the fact that the media companies had apologised to the court and had even agreed to pay the prosecution’s legal costs. There are many ways the law restricts media freedom in Australia, including laws regarding defamation. But contempt of court, seen here by the media’s breaching of a suppression order, is one of the more controversial mechanisms. It is, however, a limitation the courts impose regularly, and take very seriously. Support non-profit journalism you can trust. How did this start? Back in December 2018, the court placed a suppression order on the Pell conviction when he was initially found guilty by a jury (his conviction was quashed in April

Source: Why have media outlets been fined more than $1 million for their Pell reporting?