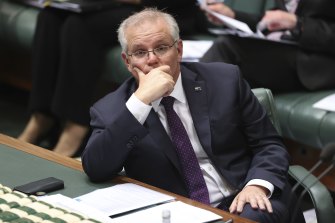 ABC management has knocked back an upcoming Four Corners episode by prominent journalist Louise Milligan about the relationship between Prime Minister Scott Morrison and a supporter of the QAnon conspiracy theory, a decision that could be seen as an attempt to dampen tensions between the national broadcaster and the federal government.