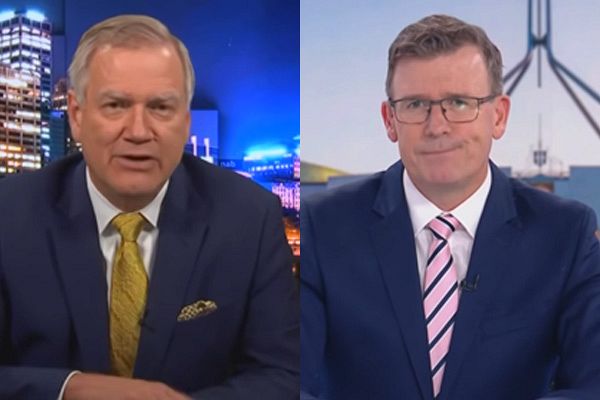 Sky News commentator Andrew Bolt has supported the opinion of Education Minister Alan Tudge that the Australian history curriculum is ‘hateful’, writes A L Jones. “NEO-MARXIST RUBBISH”, says a NSW Cabinet minister of the new draft national curriculum. And the Federal Education Minister Alan Tudge agrees with Andrew Bolt that the history section is biased against our Western heritage and should include, for example, “what bad things Aborigines did to Aborigines”. Mr Tudge said in a Sky News interview with Bolt:

“I do get concerned that students don’t have a firm understanding of how we did become this rich, egalitarian, free, Western-liberal democracy… If you don’t understand that, then you’re less likely to value it and defend it.”

What a load of crap by these two hypocrites not judging, but protecting their history of Australian mythical facts from critical eyes and wanting to retain dogma rather than encourage reasoned research and critical analysis of the reality of our varying  past perspectives . The 500 years of colonial western history is writ large in the crippled African continent, the tragedy of the Latin Americas run by serial dictators, a middle east left in tatters totally repressed with the hate caused by caused by the West, and then there’s  Australia walked over by jackboots that remain largely in place today and ruled over by white supremacists. If any nation or culture were to be regarded as having done the most to lift billions to a better state of being in the fastest possible time then China is light years ahead of us. Even India has accelerated improvement since casting off the shackles of Western Colonialism. Maybe not as fast as China it might be argued but nevertheless fast enough for us to see just how far the West had held them back for hundreds of years.

What Aborigines did they did it to each other not globally or to the rest of the world. To suggest they wouldn’t have changed without European invasion is typical of White supremacist arrogance. The instruments of the torture used by the West are now “pay to see” items in European tourist centers. We can see what we did to each other and to others without a second thought using “god’s name” as justification. Things we did to those we self righteously  decreed were “lesser humans” and that these two bastards pretend today never existed let alone be taught to the next generation. Our museums are filled with the trophies gained by rape, pillage, slavery,pain and slaughter done, but not to be emphasized or taught or remembered in their “heroic” but false history of the world.

The LNP and Murdoch media hand in hand are found here preaching “Cancel Culture” not just antiseptically editing the past but any form of critical theory, reasoned research or analysis in search of truth. That is an excercise far too dangerous for them because the next generation just might want to reexamine the values taught them and change things for the better when realizing the worst of our past. Hitler believed in the the Bolt and Tudge principle of education as well.

The one thing that strikes me is these ultra-conservatives always combine the notion of Western Culture with Christianity with it’s then inferred god given right to their historic truth. It’s tied very much to the notion of the ‘elect’. A notion In line with the preachings of other religious extremes and cults. Groups like today’s neo-Nazis, Trumpsters, Moonies, ISIS, and other anti-democratic, authoritarians. People like Bolt and Tudge who want to turn our schools into unenlightened fundamentalist christian equivalent of Madrasas teaching only their orthodoxies. Beneath their suits beats the rise of yet another Inquisition and a return to the heart of darkness.