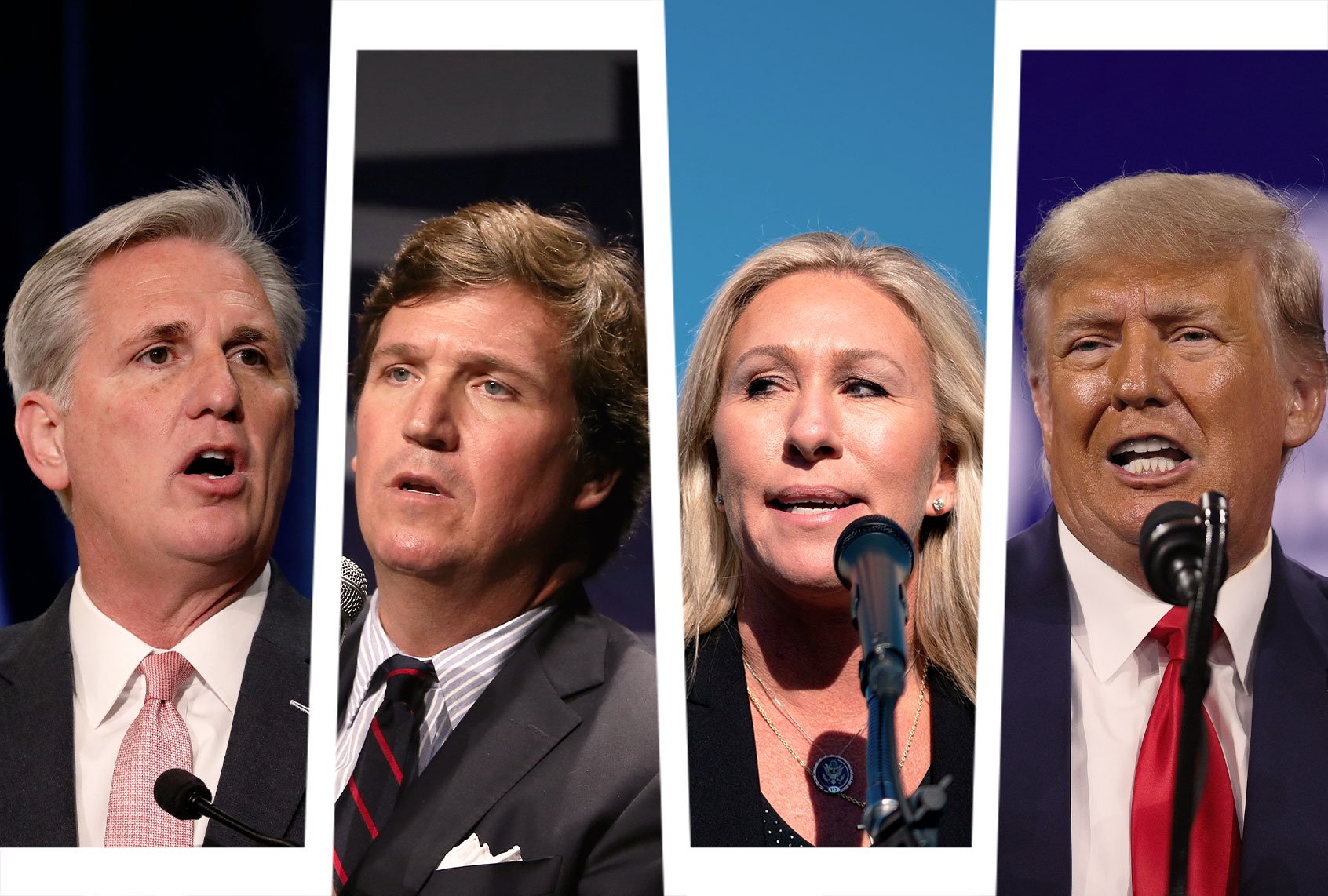 Tucker Carlson and Marjorie Taylor Greene are trying to scare anyone in the GOP who is even suspected of still having remnants of conscience into falling in line with Trump’s Big Lies: That the election was stolen and that the insurrection didn’t happen. It’s about paving the way for Trump to regain the White House, this time with the anti-democratic machinery shored up so that he doesn’t have to accept it the next time he loses an election. So while McCarthy isn’t a sympathetic figure in the slightest, that this is working on him should terrify us all.

Source: The Insurrectionist Caucus Turns to Schoolyard Bully Tactics to Take over the GOP — and It’s Working | The Smirking Chimp