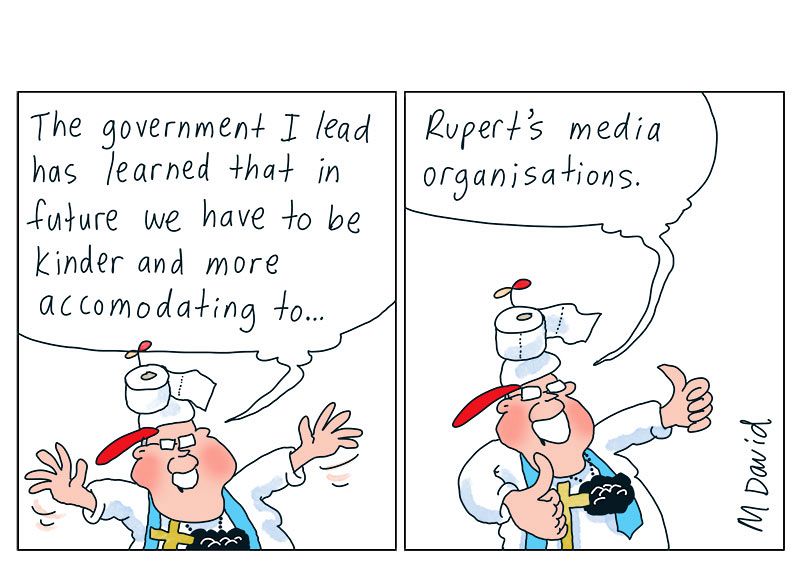 Political bias and the lack of diversity in Australia’s media have received increased attention since former PM Kevin Rudd began a petition for an inquiry regarding these issues. Australia’s media is the most concentrated of any democracy in the world. The largest stakeholders (and chairpersons) of the three largest media companies in Australia – News Corp, Nine Entertainment Co and Seven West Media – all have known links to the Liberal Party. The ABC is also chaired by Ita Buttrose, another person with links to the Liberal Party. This overwhelming ownership (and management) of Liberal-aligned persons in Australian media has resulted in obvious bias in Australia’s media content, which is hindering democracy.

Source: The Coalition, the Labor Party and the media