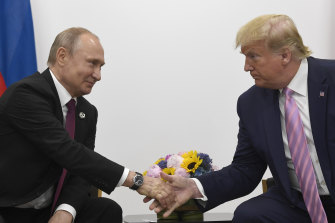 WikiLeaks played a key role in Russia’s effort to assist Republican Trump against Democrat Hillary Clinton and likely knew it was helping Russian intelligence, said the report, which is likely to be the most definitive public account of the 2016 election controversy.