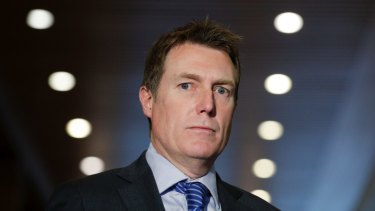 Mr Dutton on Friday rejected demands from media chiefs to drop any action against the reporters, arguing “nobody is above the law”.

“I think it is up to the police to investigate, to do it independently and make a decision about whether or not they prosecute,” he told Nine’s Today program.

“We are seeing a lot of backsliding around the world in democratic societies around basic protections, and a lot of it has been digital interference [with press freedoms],” he said, citing newly intrusive laws in France and Britain.

“Australia is following that line. But I think it’s also gone a lot further.”

“We are in a golden age of surveillance: all these digital tools of convenience [we use] have given governments enormous technological power to get access to everything we do and everything we say,” he said.

“There is this deeply unfortunate confluence of post-9/11 and the rise of the digital age that made it close to impossible to protect the privacy of [journalistic] work.

“People could care less about journalists. But they should care about the possibility in the future to have adequate and accurate information about what their governments are doing.”