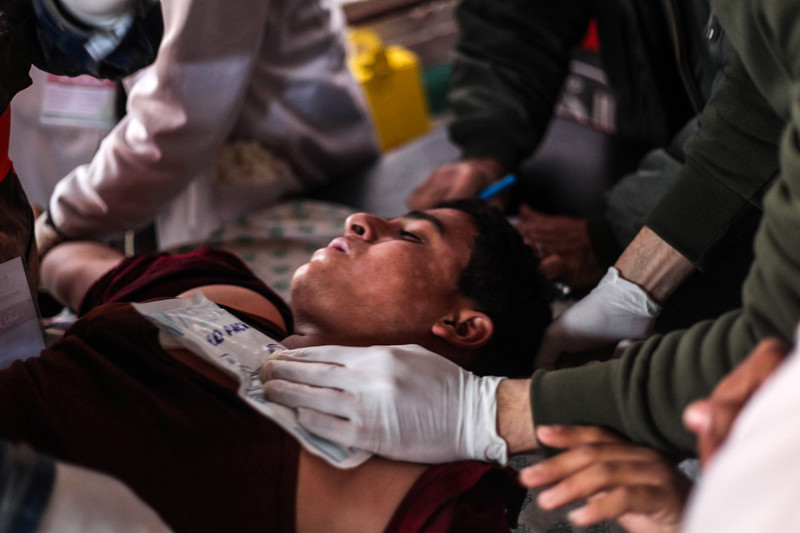 Israeli occupation forces killed two protesters in Gaza on Friday, both of them children, according to Al Mezan, a human rights group in the territory.

The deaths bring to three the number of Palestinians killed by Israeli forces during the week. Abdallah Faisal Tawalbeh, 21, was shot dead by soldiers in the northern West Bank on Monday.

Also on Friday, Yasir Hamid Ishtayeh, from the West Bank city of Nablus, was reported to have died in Israeli prison, two days after the death of Faris Baroud in his 28th year of imprisonment.

On Friday, Hasan Iyad Abd al-Fattah Shalabi, 14, died after he was shot in the chest while 60 meters from the boundary fence with Israel in Khan Younis, southern Gaza.

Hamza Muhammad Rushdi Ishtaiwi, 17, was fatally shot in the neck when he was 50 meters from the fence east of Gaza City. A photo of the slain teen circulated on social media after his death:

During Friday’s protests Israeli forces injured more than 100 Palestinians, including 43 children, five women and a paramedic, according to Al Mezan.

Nearly two dozen were injured by live fire during the protests, while nearly 50 people were hit directly with tear gas projectiles, critically wounding one.

More than 7,600 Palestinians have been injured by live fire during the protests since their launch.