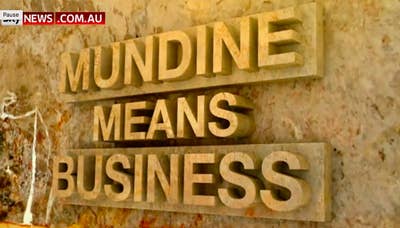 Mundine changes Parties like he does suits. How close a marriage should there be with Murdoch’s Sky News? (ODT)

Mundine was announced this week as the Liberal candidate for the marginal NSW seat of Gilmore at the upcoming federal election. Mundine had previously been the ALP national president, and had later considered a tilt at NSW parliament with the Liberal Democrats. He joined the Liberal Party this week.
Advertisement

Before his return to politics, Mundine had been a Sky News host and frequent commentator on the cable news channel. Mundine’s show, Mundine Means Business, was launched in 2017 as a vehicle for showcasing Indigenous businesses, and aired on weekends on Sky.

The show is partly funded through a Commonwealth government grant awarded to Mundine’s business Nyungga Black Group, through a closed non-competitive selection process, according to the grant information.

The grant, running from June 18, 2018 to Aug. 1 this year is for a total of $220,000. The Department of Prime Minister & Cabinet confirmed to BuzzFeed News that the grant was for Mundine’s Sky News show.