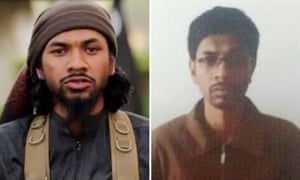 It seems a very arbitrary act on the part of our Conservative LNP government to strip someone of their passport on the heresay they are dual citizen. Even more so when their political beliefs are simply deemed “illegal”. The Australian government and mercenaries can be found assisting people all over the world with beliefs contrary to ours even our allies Israel and the USA arm and assist terrorists with our full acceptance.

Prakash has been called an ISIS recruiter but then it could be argued Pauline Hanson, Andrew Bolt, are equally recruiters for not only ISIS but other radical and extreme groups established in and out of this country. They people have been known to support ISIS propaganda over and above Australian authority announcements calling them liars and conspirators and openly declaring ISIS pronouncements as the truth. Bolt in particular with News Corp resources has been extremely vocal in supporting the ISIS version of whatever happens down under as the truth.

Heresay has it that Bolt is a dual citizen who given his opinions hates this country and the majority of Australians within it. He actively supports the opinions of radical minorities who pay no respect to the majority who accept the right to hold diverse opinions which unites us. Does Prakash even have the right of appeal of what appears a fascist act or is he simply sacrificed on the opinion of politicians trying to make mileage in order to protect their own ass? (ODT)

The former rapper from Melbourne has been linked to several Australia-based attack plans and has featured prominently in propaganda videos exhorting Australians to join Isis. The Australian government has alleged that Prakash actively recruited Australian men, women and children and encouraged acts of militancy.