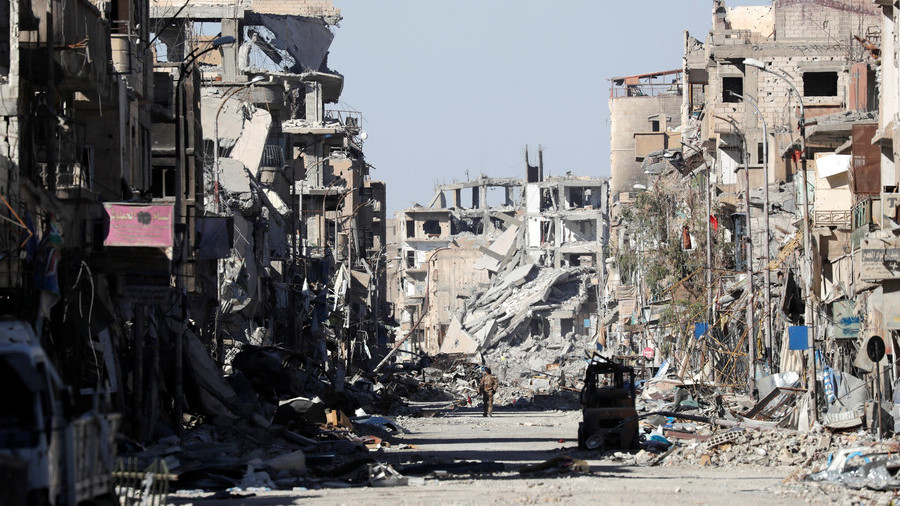 The hell visited on Syrian society has been in many respects a continuation of the hell visited on Iraq in 2003, after 13 years of sanctions had already killed two million of its people, including half a million children.

During this sanctions period, former US secretary of state Madeleine Albright, in a rare moment of candor for a functionary of the empire, provided us with an invaluable insight into the pristine barbarism which lurks behind the mask of democracy and human rights that such people usually wear for the purposes of confusing the public mind as to who and what they truly are.

The interviewer, Lesley Stahl, put it to Albright that half a million Iraqi children had died due to the sanctions, and asked if she thought the price “is worth it.” Albright without hesitation answered Yes. “We think the price is worth it.”