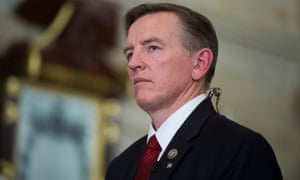 Political attack ads can be vicious – but the jabs don’t normally come from the candidate’s own family. That, though, is what has happened to the Arizona Republican Paul Gosar. And then some.
Beto O’Rourke v Ted Cruz: debate heats up in Texas Senate race
Read more

Six of Gosar’s nine siblings are helping his Democratic opponent by starring in a series of campaign messages. As news of the ads spread on Saturday, Gosar responded defiantly, calling his brothers and sisters “disgruntled Hillary supporters” of whom “Stalin would be proud”.

via Sibling devilry: Republican hits back after family records ad for opponent | US news | The Guardian