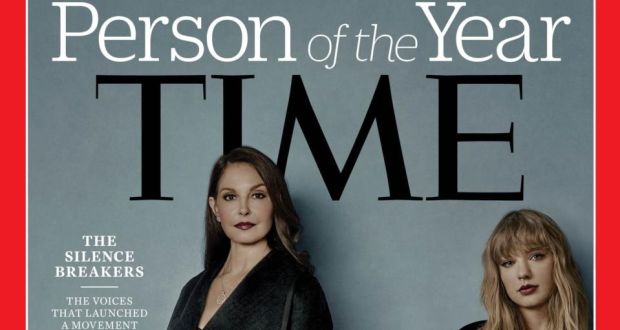 We may find out. Time magazine passed over the president as its “person of the year” to name instead the “Silence Breakers” — the brave, outspoken women who inspired the #MeToo campaign. Pictured on the cover along with actress Ashley Judd and pop star Taylor Swift is a Mexican strawberry picker, using a pseudonym for her safety. Her presence and the arm of an unidentified hospital worker seated just out of the frame signal that we might yet learn how this cultural awakening is playing out in ordinary America for women working in the far less glamorous worlds of fast-food chains, nursing homes, hospitals, factories, restaurants, bars, hotels, truck stops, and yes, strawberry fields.

But since I’ve traveled this route before, you’ll have to excuse me for thinking that when this big train passes, it could leave behind a system — predators, enablers, silencers, spies, and thoroughly entrenched sex discrimination — not so very different from that of the 1970s. And if that happens, no doubt those lying dead on the tracks will prove, upon official examination, to be female.

The Fempire Strikes Back: #MeToo and the Man-Monsters | Informed Comment