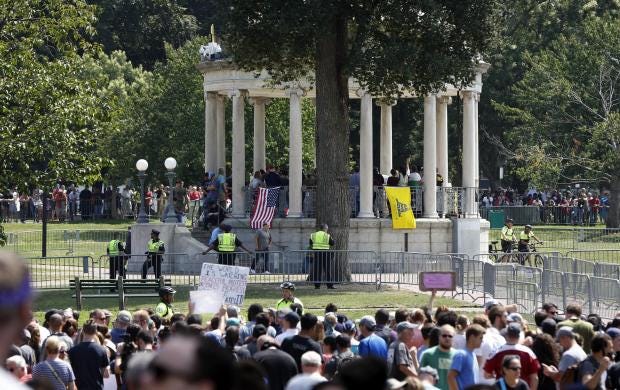 As the official start time of the contentious “Free Speech Rally” in Boston approached, the winner in the battle of words between organisers and counter-demonstrators had already been determined. If hateful speech aimed at Jewish people or minorities was chanted at Boston Common park, it was not audible at one of the largest rallies being held just one week after the deadly demonstrations in Charleston, Virginia, where neo-Nazis marched bearing torches, and where one woman was killed.