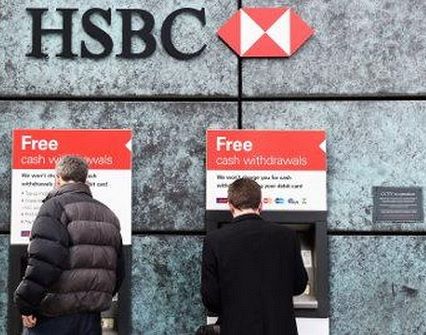 New details about how HSBC bank helped tax evaders and money-launderers – from political figures to celebrities to arms dealers – conceal billions of dollars in assets have sparked international condemnation, from elected officials as well as public interest groups around the world, writes Dierdre Fulton from Common Dreams.

Documents leaked by whistleblower Hervé Falciani, who worked for HSBC, show how a Swiss division of the UK-headquartered bank routinely allowed clients to withdraw bricks of cash, often in foreign currencies of little use in Switzerland; aggressively marketed schemes likely to enable wealthy clients to avoid European and U.S. taxes; colluded with some clients to conceal undeclared “black” accounts from their domestic tax authorities; and provided accounts to international criminals, corrupt businessmen, and other high-risk individuals.

“This exposes once again the rotten core of banking — it would be shocking if it weren’t for the frequency with which we hear of such scandals,” said David Hillman, spokesperson for the UK-based Robin Hood Tax campaign.

“It shows a sector not content with dodging its own obligations, but also conniving to help the richest people shirk their responsibilities to society as well.”

“It’s clear our…approach to the banking sector is wholly inadequate. It’s time we ensured banks were working in the public’s interest instead of conspiring against us.”

A whistleblower of HSBC fraud has denounced the bank’s chairman, Douglas Flint, as “an extraordinary hypocrite” following the financier’s suggestion that those who expose crime in Britain’s financial…

James Henry, former chief economist at the international consultancy firm McKinsey & Co and now senior adviser with the U.K.’s Tax Justice Network, noted that HSBC got hit with a $1.9 billion fine for sanctions-busting and money-laundering in 2012,

“… but only a $12 million fine from the SEC related to this tax dodging.”

Regardless, such fines do little to change systemic corruption, he said.

“These bankers are too big to fail and too big to jail, so they just keep engaging in illegal activity. There’s a widespread pattern of using fines to penalize the top 20 global big banks—$247 billion since 1998, for 655 separate major infractions of all kinds. But they just pass along the costs and continue with business as usual, with client secrecy preserved. It’s like a criminal syndicate.”

In the United States, Sen. Sherrod Brown (D-Ohio) called on the federal government to explain

The Guardian established that the leaked data was shared with U.S. regulators five years ago.

Meanwhile, Jack Blum, a former tax investigator at the U.S. Senate, said on 60 Minutes Sunday evening that any bank that helped an American citizen to evade taxes was guilty of a felony.

“First of all, for the average American taxpayer it’s beyond shocking. But, perhaps, not that surprising. Swiss banks have been caught protecting tax dodgers before, but never has this much detail been revealed. Under U.S. law, any bank that does that, that assists a U.S. person in evading U.S. tax is guilty of a felony. And it doesn’t matter where the bank is located or where the bankers are located.”