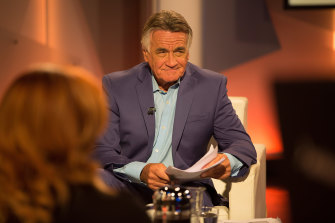 “Just remember that. It was Labor in government who stationed the US marines in Darwin, and it was Scott Morrison that flogged off the port to the Chinese.” – Shadow Defence Minister Brendan O’Connor lands a heavy blow in his debate with Defence Minister Peter Dutton.

Source: Barrie Cassidy on Scott Morrison: I admire his tenacity, but he’s no Bob Hawke