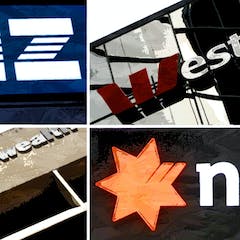 Much has been written about the taxpayer-funded windfalls to some companies provided by the A$90 billion JobKeeper scheme. Their gains have come from grants given to them to offset projected COVID-19 losses — with no obligation to pay that money back when the losses didn’t eventuate. Australia banks may have reaped a similar (albeit much smaller) windfall via the Reserve Bank’s Term Funding Facility (TFF). This loan scheme handed banks A$188 billion at extraordinarily cheap interest rates to help them “support their customers and help the economy through a difficult period”. But it appears this cheap money may have given the three biggest banks — Commonwealth Bank, National Australia Bank and ANZ Bank — the opportunity to enrich their shareholders through funding share buybacks rather than repaying the cheap loans.