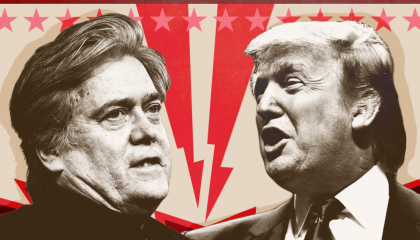 Following former President Donald Trump’s June 4 remark that the idea of becoming speaker of the House after the 2022 midterm election is “very interesting” to him, political media has been abuzz with speculation. The idea has been making rounds in right-wing spheres in various iterations since January, when it was first championed by former White House chief strategist, election conspiracy-theorist-in-chief, and enchanted pile of dirty laundry Steve Bannon.