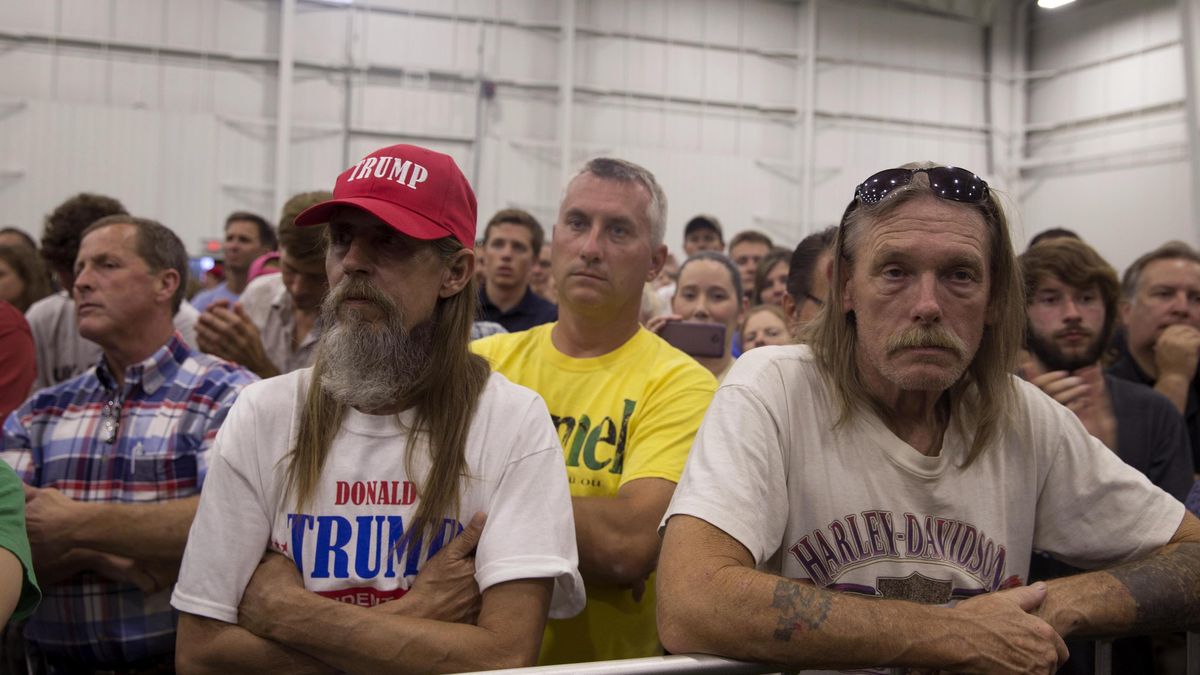 An article published on Pew’s website this week explains: “Roughly seven in ten white evangelical Protestants, 72%, say they approve of the way Trump is handling his job, according to a Pew Research Center survey conducted June 16-22. That is a 6 percentage point drop from 78% recorded in April, in line with the 5-point drop during that period among U.S. adults overall. The share of white evangelicals who say they ‘very strongly’ approve of Trump’s performance is now at 59%, down 8 points from 67% in April.”

via ‘Such an Appalling Human Being’: Ex-trump Voters Reveal Why They Finally Soured on the President | The Smirking Chimp