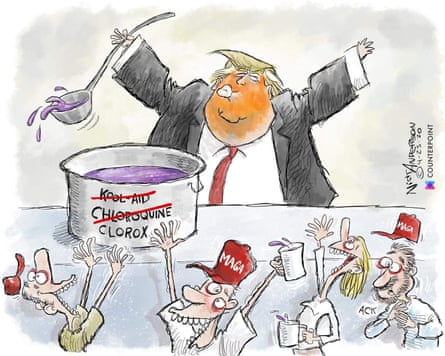 The Pulitzer-winning cartoonist Nick Anderson has described Donald Trump as an “adolescent wannabe authoritarian”, after the US president’s re-election campaign failed to pull one of Anderson’s cartoons mocking Trump’s inaccurate suggestion that injecting disinfectant could protect against Covid-19.