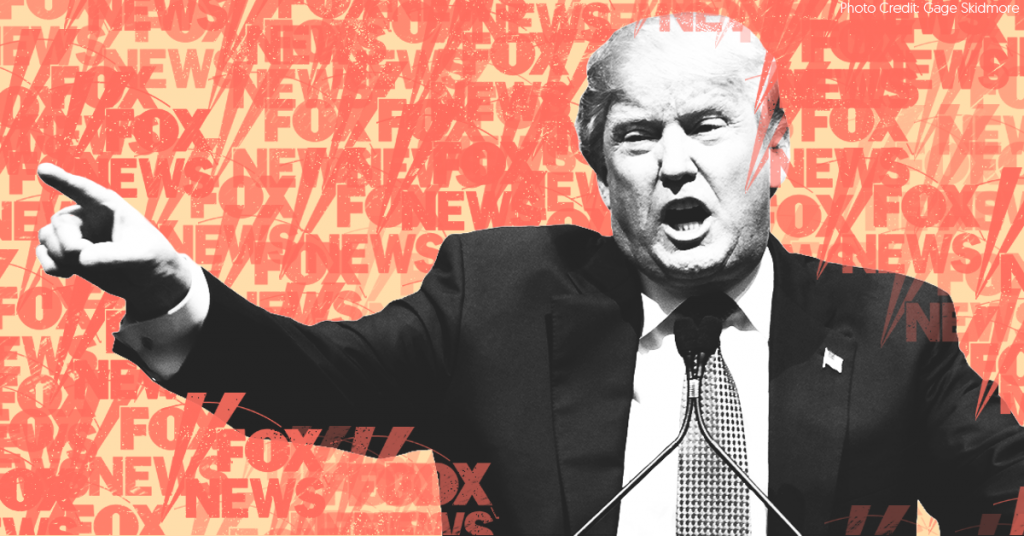 Trump is pitting the two halves of the network’s business model against each other. If its executives respond by making the network even more supportive, they are risking flight from advertisers and cable providers concerned with being too closely associated with the president. If they don’t, they are risking outlets like OAN, which has little interest in pretending to be a real news outlet, peeling off their viewers.

via President Trump: Fox News is a propaganda outlet | Media Matters for America