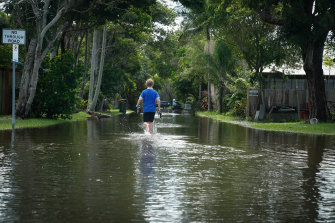 Marles refused even to offer a position on the inherent desirability of new coal-fired power stations, leaving Anthony Albanese to clean it up the next day by saying “I don’t think there’s a place for coal-fired power plants in Australia, full stop”. Now we learn of a group of some 20 pro-coal Labor MPs (including nine frontbenchers), calling themselves the OTIS group, meeting in secret without Albanese and with the aim of bringing Labor to a more coal-friendly position.

Whether this is merely an informal gathering or a more concerted lobbying attempt, it underscores Labor’s limitations on climate politics. This is a fifth of the party who probably see far greater political peril for Labor in distancing itself from coal than in making peace with it.
Related Article
Coal-fired generation in the EU declined by a quarter, helped by a drop in gas prices and higher carbon costs under the EU’s emission trading system.
Exclusive
Superannuation
Super giants funnel billions into fossil fuels, vote down climate push

So, politically, what exactly has this summer changed? The Coalition is still split on the issue, meaning that a serious climate policy is not an option because it will tear the government apart from within. Meanwhile, it’s unclear precisely where the current policy vacuum will hurt them electorally.

And Labor seems to agree enough with that assessment to continue to be spooked by the damage it sustained last year in coal-mining seats. It’s worth monitoring how this evolves from here, because right now, the signs are that this is the summer that changed everything in politics, except what really counts.

via It feels like an upheaval, but precious little has changed