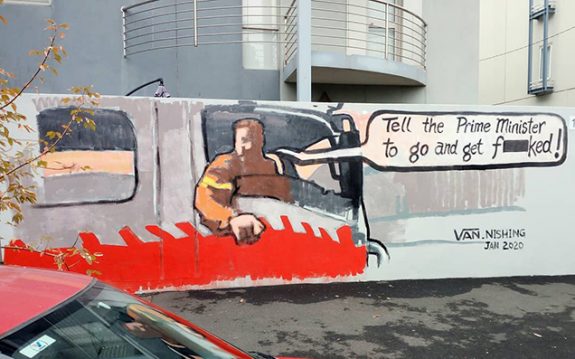 It was Tony Abbott’s ludicrous, bow-legged saunter that encapsulated the man; some wag once remarked that he looked like a cowboy leaving a rodeo portaloo. His gait was an asinine affectation, the purpose of which no doubt was to reinforce his self image of a macho man, a tough guy in red dick-stickers, but instead the ape-like amble simply highlighted the novelty of his adoption of bipedalism.

via Skiddy leaves his mark – » The Australian Independent Media Network