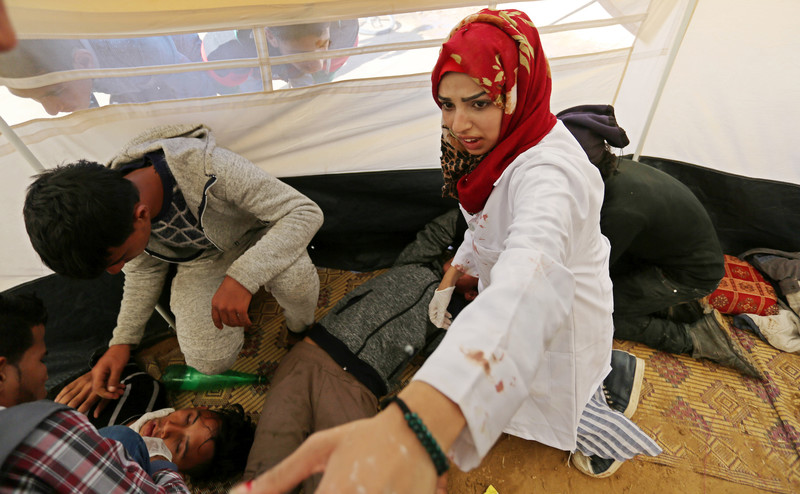 A photo taken on 1 April shows Palestinian medic Razan al-Najjar treating injured persons at an emergency medical tent during protests in Gaza near the boundary with Israel. Al-Najjar was fatally shot by an Israeli sniper as she was helping injured protesters near Khan Younis on 1 June. Ashraf Amra APA images

This article has been updated since first publication.

Israeli occupation forces shot dead a volunteer medic and injured dozens of people as they continued their indiscriminate attacks on Palestinians taking part in Great March of Return protests in Gaza for the 10th consecutive Friday.

She was about 100 meters away from the boundary fence with Israel at the moment she was shot and was wearing clothing clearly identifying her as a medic, the human rights group Al Mezan stated, citing eyewitnesses and its investigations. Al Mezan stated that al-Najjar was shot in the back.