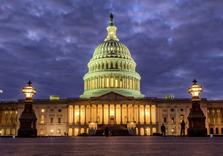 In an exclusive, Reuters reports today that the Trump administration is going into the Iraq reconstruction conference in Kuwait next week with no plans to contribute a dime to the effort. Secretary of State Rex Tillerson will attend.

Iraqi Prime Minister Haydar al-Abadi estimates that Iraq needs $100 billion to rebuild. The country is still devastated from the 2003 US war of aggression and 8.5 year military occupation, which spurred Sunni insurgencies and led to the collapse of the US- and NATO-trained military in 2014. The past 3.5 years have been spent attempting to recover the Sunni Arab areas of the country from ISIL, which involved destroying most Sunni Arab cities in the country.

Donald Trump ran on a platform of “no more nation building.” (He needn’t have bothered to articulate it. What nation has the US built recently?)

In Australia we don’t hear Senator Jim Molan fighting for the restoration of towns he helped destroy either in fact he’s been heard arguing for even a more aggressive approach to destruction called defense. (Old Dog)

via US, having Destroyed Iraq, won’t give a Dime to Reconstruction