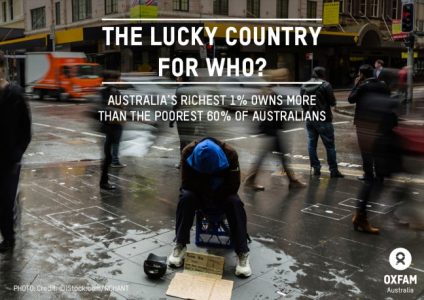 Back in 2001, Four Corners did a program on the working poor called Going Backwards, where they quoted the statistic that 42 per cent of Australians living in poverty lived in families where one or both adults work.Then Employment Minister, Tony Abbott, summed up the Coalition view.“I’m prepared to accept that lots of people in work are doing it tough. But that’s true of lots of people at — on comparatively good incomes because they have heavier responsibilities.”Lord knows, keeping up with the lifestyle in the Northern and Eastern suburbs of Sydney can be expensive. Even people who score a job that requires no qualifications, no experience and no expertise, that pays in the top 1% of incomes and that allows you to charge your employer for pretty much everything, can struggle because of their “higher responsibilities”.